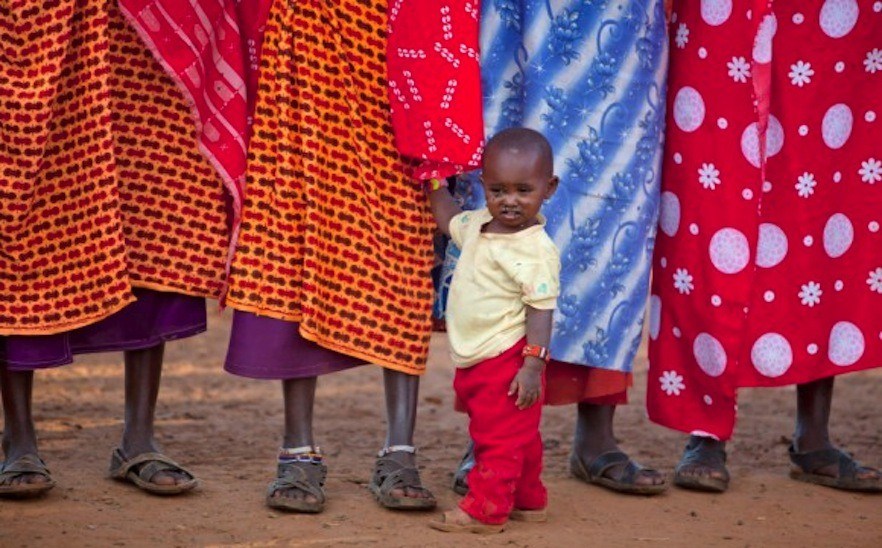 An interview with Mei-Ling Hopgood

When Mei-Ling Hopgood, a first-time mom from suburban Michigan, moved to Buenos Aires, she was shocked to find out that Argentine parents allow their children to stay up until all hours of the night. How could these little night owls be so calm and happy when, in the U.S., don’t we all know that young children should be in bed by 7 pm sharp? Is it possible that customs so different from our own “right way” to parent actually offer social and developmental advantages? Guided by her journalist’s curiosity, Hopgood scoured the globe to see how different cultures address the parenting challenges we all face: bedtimes, potty training, feeding, teaching, and more. Her findings resulted in the new book, How Eskimos Keep Their Babies Warm. We recently asked her to give us a sneak peak. — Jacqueline T., TMC Producer

You went on an around-the-world tour to understand how different cultures approach common issues in parenting. What did you find? How do global practices differ from common parenting practices in the U.S.?

Early Toilet Training: In parts of India and China (especially rural China), parents may initiate toilet training when babies are as young as six months to a year old. Instead of the little plastic potties we’re used to seeing, kids crawl and run around diaper-free; parents often have their babies wear special split-crotch pants and peeing on the ground, during toilet training, is not considered a problem. The bottom line? Children in these cultures end up toilet-trained long before most American children are.

Starting Solids: In France, children may eat only pureed foods until they are two years old as a way to train their taste buds to accept more flavors and different foods. Eating textured foods or “food chunks”, as is common in the US, is viewed by most French parents as a surefire way to turn young children off from more adventurous foods. But this doesn’t mean a steady diet of jarred carrots and peas. The baby food aisle in French supermakets is filled with such pureed gourmand favorites as foie gras and pâtes ratatouille veau.

Teaching Responsibility: Among the Mayans who live in Mexico and Central America, even the youngest children are assigned household chores and farm work as a way to develop their work ethic. But this isn’t just to receive a sticker on their chore chart at the end of the day! Mayan parents expect their children to help out with the family’s financial obligations starting at an early age.

Children’s Friendships: Does it always seem like you end up refereeing whose turn it is on the slide or whether that last ball really was a foul? This doesn’t happen in Japan where the approach to playground squabbles is to let the children work it out for themselves.

Strollers: Moms in the US may think a stroller is a must-have, but there really are places in the world where they almost don’t exist. In Kenya, mothers wear their babies in colorful cloth slings—not only is it part of their cultural heritage, but strollers seem downright silly on Nairobi’s chaotic sidewalks.

Sleep:  In Argentina, it’s not uncommon at midnight or later to see little kids of all ages at restaurants and parties.  I soon learned, however, that if you dig beneath the surface, you see that Argentine parents are not allowing their children to be sleep-deprived. It’s just expected in their culture that kids adjust to their parents’ eating hours, which can run quite late. As it is in other cultures, eating together is valued as an important part of family life and something that is beneficial for children, and this is their way of making it happen. Children in Argentina still get enough sleep, just not at the same times as most kids in the United States.

You tried out some of these practices with your own daughter. What did you learn from your experience? What can all parents learn from the global diversity of parenting styles?

I learned that kids are very resilient and will take on the expectations we set out for them. I also learned that kids can be potty trained young and I can survive without a stroller (though I don’t want to). For other parents, I hope learning about other cultures helps them feel less daddy/mommy guilt about doing things exactly right. The tone of so much of the parenting advice we get is so shrill. It’s helpful to look beyond our micro-focused parenting world and put all of it in the larger context of the world.

The overall lesson I’d love to pass on with my book is that there are many ways in the world to be a good parent and raise a healthy child. Really, there is no perfect way.

– Mei-Ling Hopgood is a freelance journalist and writer who has written for various publications, ranging from the National Geographic Traveler and New Beauty Magazine to the Miami Herald and the Boston Globe. She has worked as a reporter with the Detroit Free Press, the St. Louis Post-Dispatch and in the Cox Newspapers Washington bureau, and has been a recipient of the National Headliner Best in Show as well as several other national and international awards. A newspaper feature she wrote for the St. Louis Post-Dispatch about the reunion with her birth family won a national award from the Asian American Journalists Association. She lives in Buenos Aires, Argentina, with her husband and their daughter. Find out more about How Eskimos Keep Their Babies Warm at http://www.mei-linghopgood.com.

The Mother Company aims to support parents and their children, providing thought-provoking web content and products based in social and emotional learning for children ages 3-6. Check out the first episode of our children’s series, “Ruby’s Studio: The Feeling Show,” along with our beautiful children’s books, music, handmade dolls, and more.  We want to be a truly helpful parenting tool… For you!